The Year of the Graph Newsletter: May 2018

New releases, algorithms, and visualization. April has been an interesting month in the graph database world.

We saw 2 minor and one major graph database versions come out, namely GraphDB 8.5, Neo4j 3.4 and DSE Graph 6.0. Each of these brings interesting new features and reshapes the landscape a little bit.

We saw graphs being used for Master Data Management, as well as Deep Learning. We also saw a new way to write SPARQL queries using JSON, and a free web-based tool to visualize ontologies.

DSE (DataStax Enterprise) is Cassandra’s commercial version. People don’t think of Cassandra as a graph database, and that’s because it isn’t one. But DSE is a different story. DSE has been adding Graph features to its arsenal since 2015, and by now can be considered a multi-model database, including Graph. As DSE 6.0 was just released, we take a look at what’s new, focusing on Graph.

DataStax Enterprise just released version 6.0, a major upgrade. We take an insider tour with Jonathan Lacefield, Senior Director of Product Management with DataStax, focusing on DSE Graph. Even though news on the new DSE release have been out for a while, one of the principles to go by in the...

Neo4j has a new release too. Neo4j 3.4 will be GA in mid-May, and it introduces a number of improvements in performance and management. What is most notable, and promoted, about it however is Bloom. Bloom is a new visualization tool that complements the existing Neo4j browser, as it is addressed at non-technical users. This was a gap in Neo4j until now, and perhaps cause for concern for stand-alone graph visualization solutions. 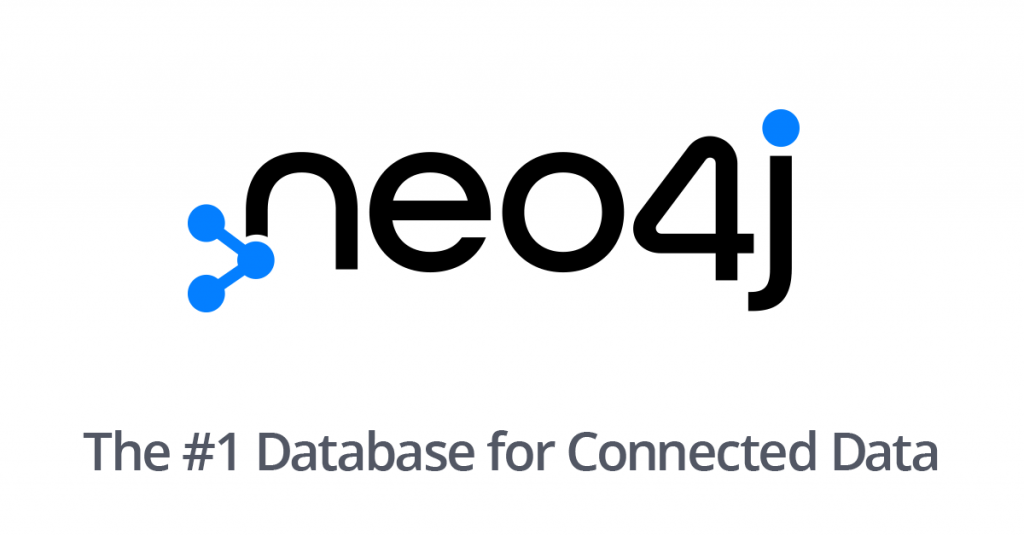 Last but not least in the new releases, GraphDB 8.5. More efficient data synchronization, better reporting, and a preload tool are all welcome additions. But what is the most notable new feature is the improvements to the RDFRank plugin. RDFRank is an out-of-the-box algorithm that makes PageRank-like calculations easier. Now RDFRank can work asynchronously and use filters.

Ontotext’s New GraphDB 8.5 – A Reliable and Easy to Use Database for Your Knowledge Discovery

But really, what is the difference between Graph Queries, Graph Algorithms And Graph Analytics? Dan Woods discusses, on Forbes, of all places. 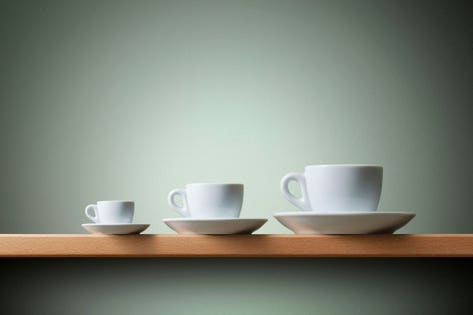 Improve Your Graph IQ: What Are Graph Queries, Graph Algorithms And Graph Analytics?

Graph analytics is a hot topic, but what does it mean? At the DC GraphTour, I learned the difference between graph queries, graph algorithms, and graph analytics. Next up: San Francisco GraphTour.

And since we’re in a discussion / education mode here, do you know what index-free adjacency is? If you’re interested in Graph Databases, you should. Dan McCreary explains this in an approachable way. Note – there’s nothing wrong with the link to the Medium post below, but for some reason Medium messes up the content card .

What is the role of Graph Databases in enterprise data management? Salah Kamel from Semarchy argues that at present, Graph Databases are better suited for analytics. While not everyone would agree, Kamel makes a compelling case for using Graph for Master Data Management, touching upon semantics, querying and visualization. 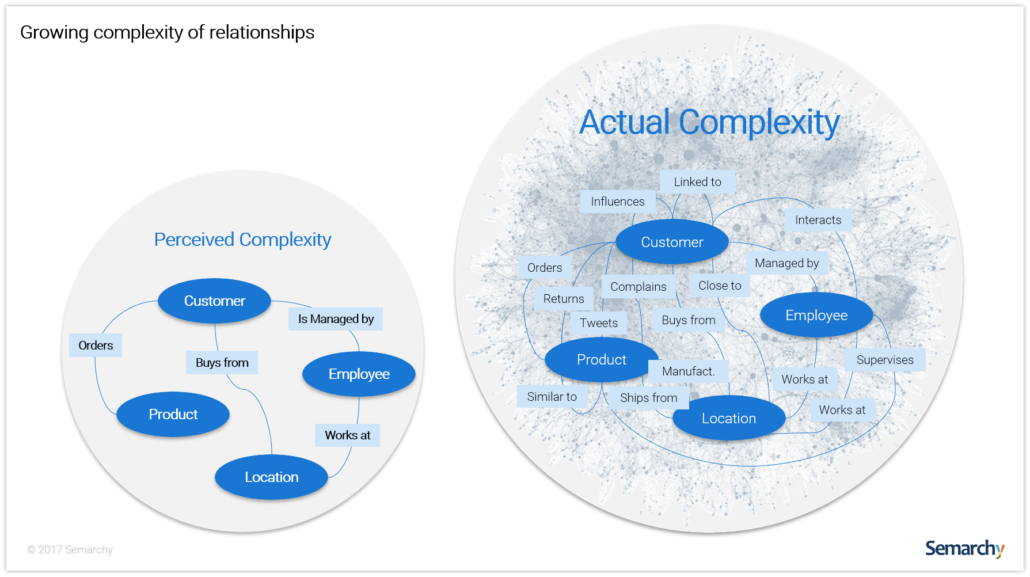 The true role graph databases will play in the future of enterprise data management is nuanced. An overview of the Enterprise Data World (EDW) Presentation by CEO Salah Kamel. 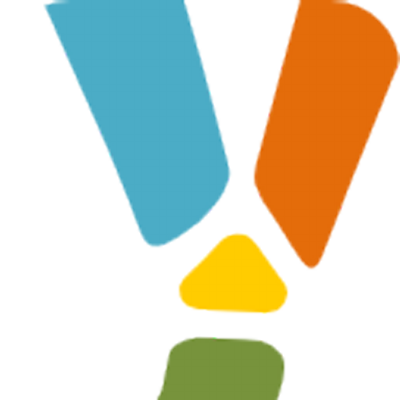 Amazon Neptune on the other hand is aiming first and foremost at operational applications. We’ve covered Neptune in detail, now it’s Tony Baer’s turn to look under the hood. What he finds is that Neptune is more like 2 Graph Databases in 1: one part RDF, one part LPG, and it’s an either/or thing unfortunately. Amazon may want to unify those at some point, but that’s not going to be easy, or happen anytime soon

Looking under the hood at Amazon Neptune | ZDNet

At re:Invent, Amazon Web Services announced the preview of the latest edition to its cloud database family: Amazon Neptune, a graph database that, unlike most rivals, lets you model graph data both ways.

Speaking of RDF, and visualization: if you are using RDF, you probably know one of the pains there is visualizing ontologies. WebVOWL is a Web-based visualization tool that can make understanding and navigating ontologies easier, and it just got an update.

Another oft-cited pain point with using RDF Graphs is querying. SPARQL is not top of mind for many people, and even for those for whom it is, there is one part they could live without: parsing results to the format they want them to be. SPARQL Transformer is an interesting idea that lets you use JSON both as a query language, as well as a specification of the format you would like to get results in. 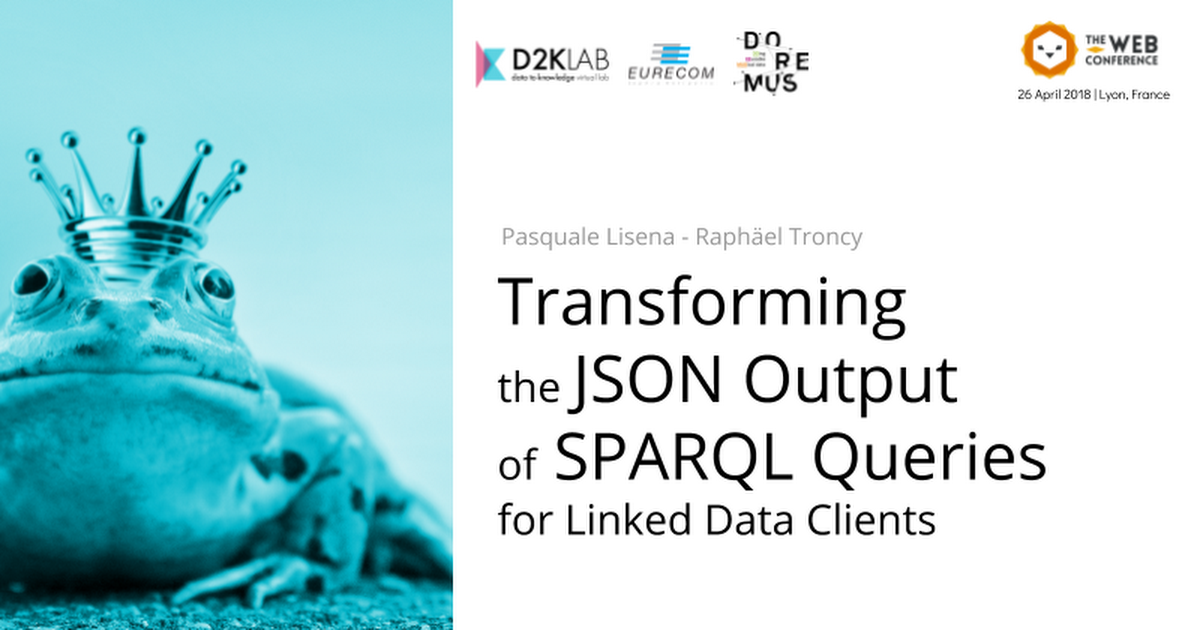 Interested in Deep Learning, and Graphs? Actually those 2 go well together. David Mack from Octavian demonstrates how you can connect your Graph to TensorFlow and predict reviews with 97% accuracy. Note – there’s nothing wrong with the link to the Medium post below, but for some reason Medium messes up the content card .

Would you like to receive the latest Year of the Graph Newsletter in your inbox? Easy – just signup below. Have some news you think should be featured in an upcoming newsletter? Easy too – drop me a line here.