Home / 2014 / June / 2 / Personal Data from the Source: How and Why Consumers and Marketers Can Connect

Personal Data from the Source: How and Why Consumers and Marketers Can Connect

We saw in the previous posts a couple of examples of online marketing gone wrong. The common thread for these examples, and others like them, is the desire marketers have to reach out to new audiences – which is perfectly normal. But in many cases what they are doing is using a new medium – the internet – in an old way – the brute force approach. There are other options which would arguably work better not just for them, but also for their audience – consumers.

By now, I doubt there is anyone who is unaware of the Big Data frenzy out there. The digitalization of every aspect of our culture for the past decades means we have reached a point where there is more and more data available for all sorts of activities. Personal and business interests expressed by means of web searches were the first ones to be mined by 3rd parties to extract to what is called “intent”, which is a valuable asset for marketers.

The rationale there is that if I’m looking for XYZ, there’s a good chance I will be interested in buying XYZ related products and services. Therefore, targeting ads to audiences more likely to be interested in their offering would work better than non-targeted ads. This intuitive idea has been the cornerstone of Google’s success and has worked well for quite a while now.

But the advent of Social Media is pushing things even further in many ways. Instead of “just” going after what can be seen as instant gratification, the data shared on Social Media can help paint a much more detailed picture about their users. Over time, interactions, opinions and preferences as expressed on Social Media can be analysed to provide insight as to what people may be interested in.

This is the premise that Facebook is building its advertising proposition on, and despite several glitches it also seems intuitive. Hence other players including Google are trying to keep up, with the end goal being a unified user profile that will help marketers get an idea of what user interests are and have been, what their social circles are like and even what their personalities are. 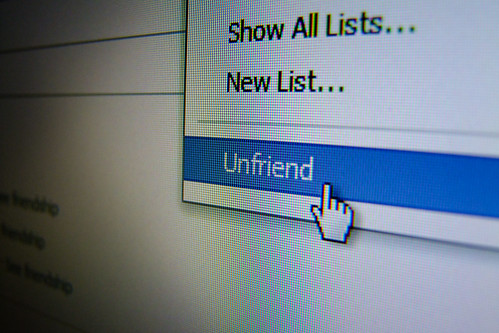 Facebook is all about building and managing your digital identity for you – and of course, making a profit at the end of the day. Source: Oli Dunkley /Flicker

However, besides the fact that this raises a number of ethical and legal questions, for better or worse it seems that this “one ring to rule them all” is hard to build even for Google with its unified profile management across services or Facebook with its ever-increasing reach. The current tendency in Social Media is towards fragmentation. We’re already seeing how teens, recognised as early-adopters, are leaving mainstream networks like Facebook in favour of up-and-coming SM like Snapchat, Instagram and WhatsApp.

Of course, there are consolidation efforts under way, but no matter how hard anyone might try the fact remains that building a single branded “golden cage” that consumers will interact in seems highly unlikely for a number of reasons. So marketers are left with 2 options, an obvious and a less obvious one. The obvious one is what is currently happening – spreading efforts and budgets across multiple channels. There are plus and cons in this approach, with specialization and duplication being the most prominent ones.

The less obvious choice is to go the source: there is no one else capable of delivering the whole picture than the end user himself. The idea of direct consumer engagement is gaining ground among both marketers and consumers. The value extracted from European consumers’ personal data was worth €315bn in 2011 and has the potential to grow to nearly €1tn annually in 2020. As more and more consumers become aware of this value, as well as the fact that otherwise “free” services are profiting from the use of their data, which remain outside of their control, the idea of letting marketers get a hold of that data directly is starting to make more and more sense.

Of course, despite the fact that technically this is feasible and becoming more and more accessible, few users would be willing and able to perform such a feat on their own. Not just because of the technical barriers, but mostly because as a single consumer their negotiating power would be insignificant, economies of scale non-existent and they would be on their own on all fronts. 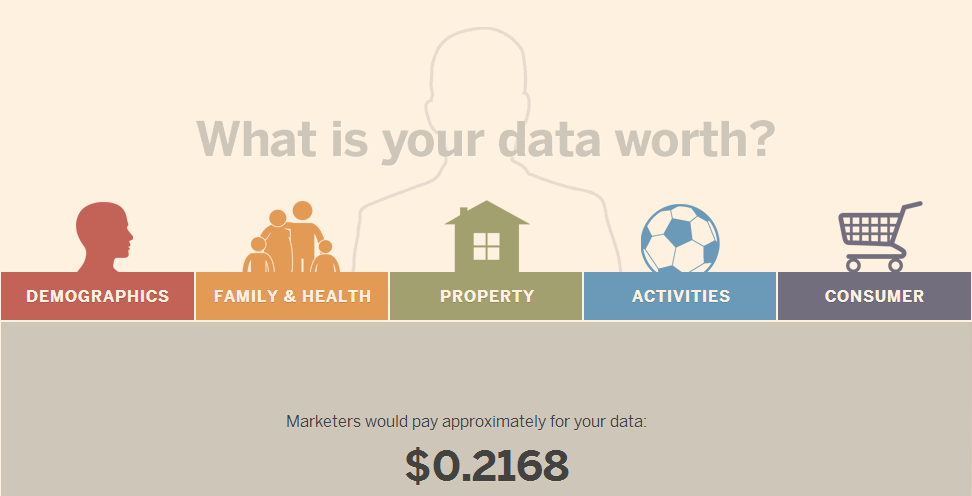 Managing your personal data on your own? Hmm.. Source: The Next Web / Financial Times

Some early-stage startups such as Handshake  and Datacoup  are trying to cover this space by acting as the middlemen, enabling consumers to negotiate use of their data with interested 3rd parties via their platforms. It remains to be seen whether they can be successful, but it must be noted the whereabouts and ownership of the data remain opaque. Users are willing to give away data in exchange for concrete returns, but only if the process is transparent.

Personally, I would feel much more comfortable having an entity such as a consumer union or even a local council aggregate and negotiate use of personal data, simply because such an entity is liable to a degree a privately held company cannot be expected to be. Again, it remains to be seen whether this will catch on – there is only one such example i am aware of at the moment- but in any case this a space definitely worth keeping an eye on.

Share this...
ganadiotis
Analysis, Pop Tech
No comments yet